Nicaragua – Origin where we began! 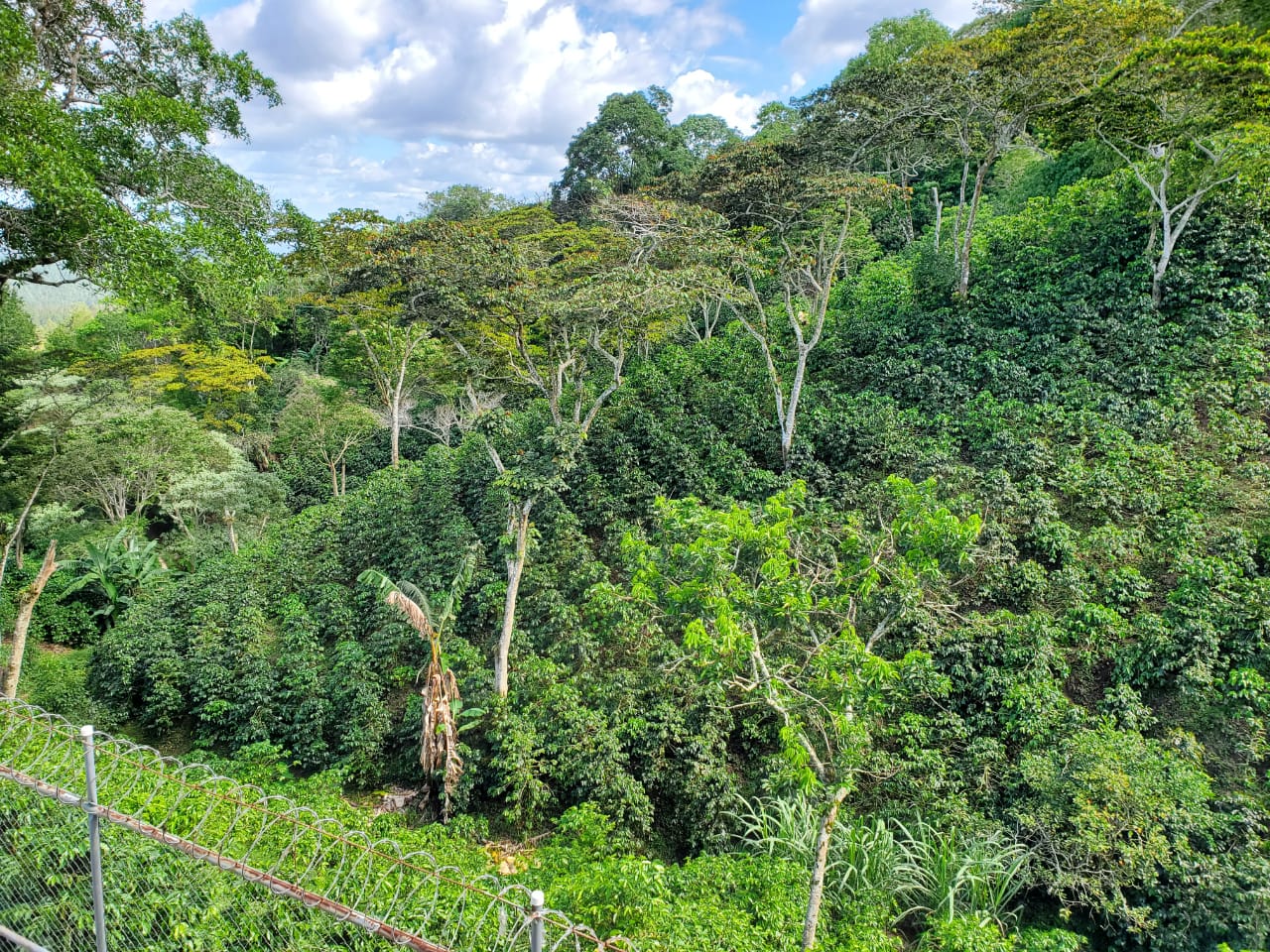 Nicaragua features prominently in the history of !FEST Coffee Mission, as it was the first origin where our team went for sourcing. It all started in 2013 when Dmytro Slukin for the first time traveled to coffee origin. And that was Nicaragua. Fate has brought him together with a local farmer – Byron Corrales, who became our main guide to the world of Nicaraguan coffee. The first cuppings and farms rushed by. Byron turned out to be very friendly and sociable. He introduced us to many farmers, who later became our partners for a long time. 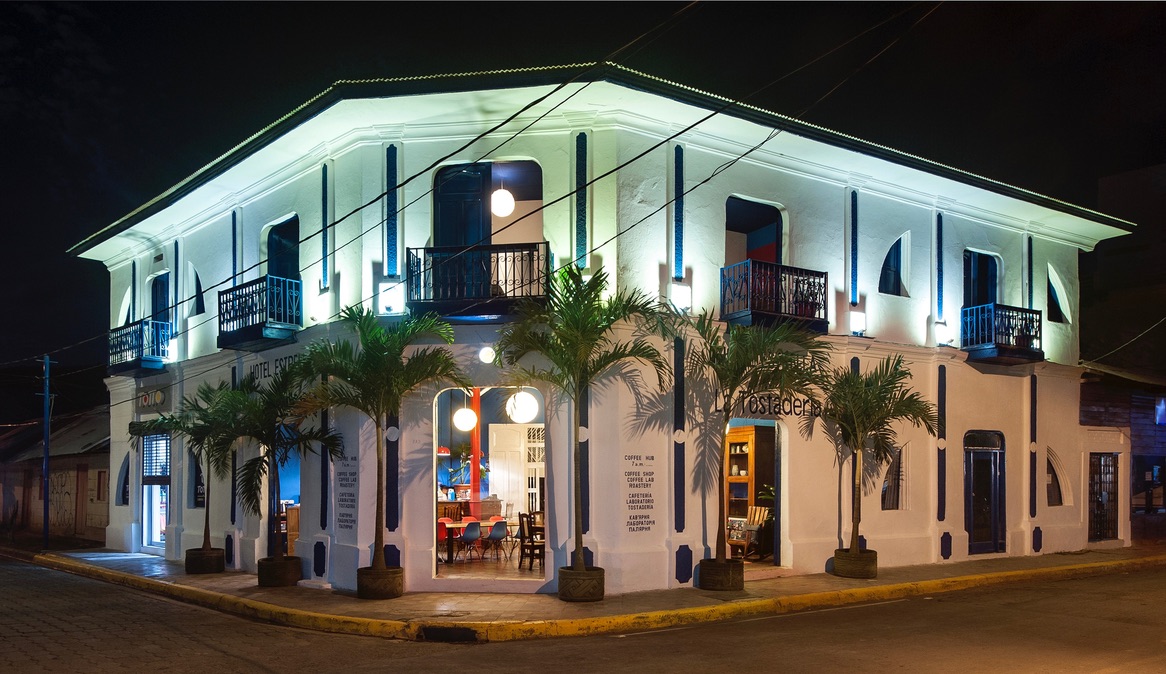 In 2018 we restored the oldest hotel in San Juan del Sur and opened the world’s first Coffee Hub there. Here professionals from all over the world could roast and drink hundreds of coffee samples from the bestfarms in Central America. 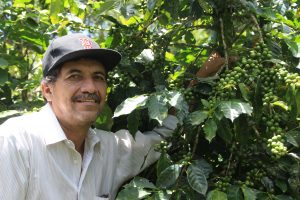 Byron is the unofficial leader of the Nicaraguan coffee growers community and represents the third generation of Corrales farmers. In the 1980s, the family bought the Los Pinos farm, which was founded by German immigrants back in the 19th century on the territory of the El Arenal Reserve in the Selva Negra Mountains, Matagalpa.

Coffee plantations occupy 40 hectares, which makes ⅔ of the whole farm’s area. Bananas, oranges and mangoes are also grown here. Byron is adept at biodynamic and organic farming. He takes care of creating regenerative grazing areas for the goats and cows that live on the farm and in turn provides natural fertilizer for the soil. Due to the river, the entire coffee processing is done in environmentally friendly conditions without any electricity or fuel.

In the 80s, it was difficult to export coffee abroad, but Byron was confident in the prospects of his beans. So, he went to look for investors in the USA. A few years later, coffee from Los Pinos was already served in American metropolises.

After the beginning of our cooperation, Byron started to experiment with fermentation under the patronage of Dmytro. In 2019, an idea appeared to bring washed coffee ranked 81-82 points to the level of 84-85, using anaerobic processing without a significant increase in cost. For 2 years the farm had been producing 1 container of such coffee. Now, this is out of date because of the bean price increase. 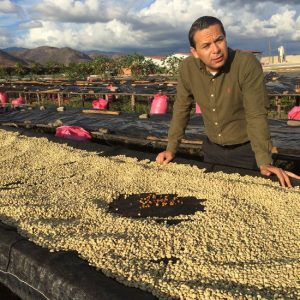 Luis Alberto is a pastor and at the same time a fourth-generation coffee producer. He owns the water mill Beneficio Las Segovias and 2 farms: La Bendicion and Un Regalo de Dios in the Nueva Segovia region of northern Nicaragua. The names of the farms are translated as The Blessing and A Gift of God which represents 2 passions of Luis Alberto: coffee and religion.

Out of 177 hectares on La Bendicion farm 87 are occupied by coffee plantations. They are divided into 8 zones, and on each of them, they grow different varieties of coffee. The rest of the farm is covered with forests. Coffee trees grow under the shade of guavas and other local trees at an altitude of 1,100 – 1,300 m.a.s.l.

Un Regalo de Dios has a smaller area of ​​coffee plantations – only 52 hectares but is located higher, at 1350 – 1700 meters above sea level.

The owners focus on high-quality specialty coffee and micro-lots. In recent years, coffees from both farms have consistently been awarded the Cup of Excellence. Some years Maracaturra and Red Pacamara with bright currant profiles from Luis Alberto were even first.

Luis Alberto is quite actively involved in environmental and social projects. In particular, using biological traps to control Coffee Berry Borer and pulp as organic fertilizers. 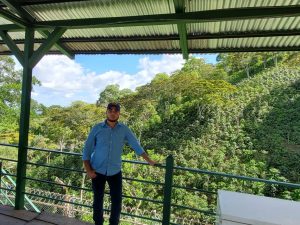 The other partner from Nueva Segovia is young Jamir Josue Garcia Aguilar. In 2013, he inherited the Buena Vista coffee farm from his father and since then has been constantly testing various agricultural innovations there. We can already feel its results in the cup, and so do you in our favorite washed fermentation processed red caturra.

Unfortunately, the coffee industry is not out of politics either. After the Nicaraguan government had recognized the Russian occupation of Crimea, Ukraine imposed sanctions on trade with this country. Therefore, despite good relations with partners, we put on hold our cooperation. Hopefully, in the near future, the situation will change and we will be able to resume our relations, experiments, and deliveries of Nicaraguan coffee.

We are always open to cooperation and partnership, so feel free to contact us with your ideas - we will implement them together!